ANNAPOLIS, MD–Governor Larry Hogan today accepted the final certified legislative and congressional maps submitted by the Maryland Citizen Redistribution Commission and forwarded them to the Maryland General Assembly. The governor also signed a proclamation calling for an extraordinary session of the General Assembly from Monday, December 6, with the aim of acting on the commission’s maps.

â€œThis is a great day for the state of Maryland and for democracy,â€ Governor Hogan said. â€œOn behalf of all the people of Maryland, I want to express our gratitude to the members of the Maryland Citizens Redistricting Commission for their service to our state. I want to thank them for conducting their affairs with integrity in a completely open and transparent manner, and most notably for their incredible efforts to finally restore the fairness and competitiveness of the Maryland elections. “

See the presentation of the card.

Legislative and Congressional Fair Cards. Final maps submitted by the Maryland Citizens Redistricting Commission are available here. In accordance with the decree, Governor Hogan will forward these cards – without modifications – to the General Assembly.

About the Maryland Citizen Redistribution Commission. The nine-person commission was created in January by executive decree and charged with drawing up fair legislative and congressional maps for the 2022 elections. The maps submitted by the commission do not take into account the residency of incumbents or candidates for a job.

Members of the commission, which included three Republicans, three Democrats and three independents, were selected to be independent of legislative influence, impartial and representative of the state’s diversity and geographic, racial and gender makeup.

Over the past seven months, the Maryland Citizens Redistricting Commission has:

The Hogan administration has repeatedly introduced the Redistricting Reform Act in an attempt to remove politicians and partisan politics from the redistricting process. The General Assembly has never succeeded in submitting the measure to a simple vote.

In 2018, Governor Hogan joined an amicus brief that was filed with the United States Supreme Court in support of the plaintiffs in Benisek v. Lamone, a case involving the 6th Congressional District of Maryland gerrymandered. 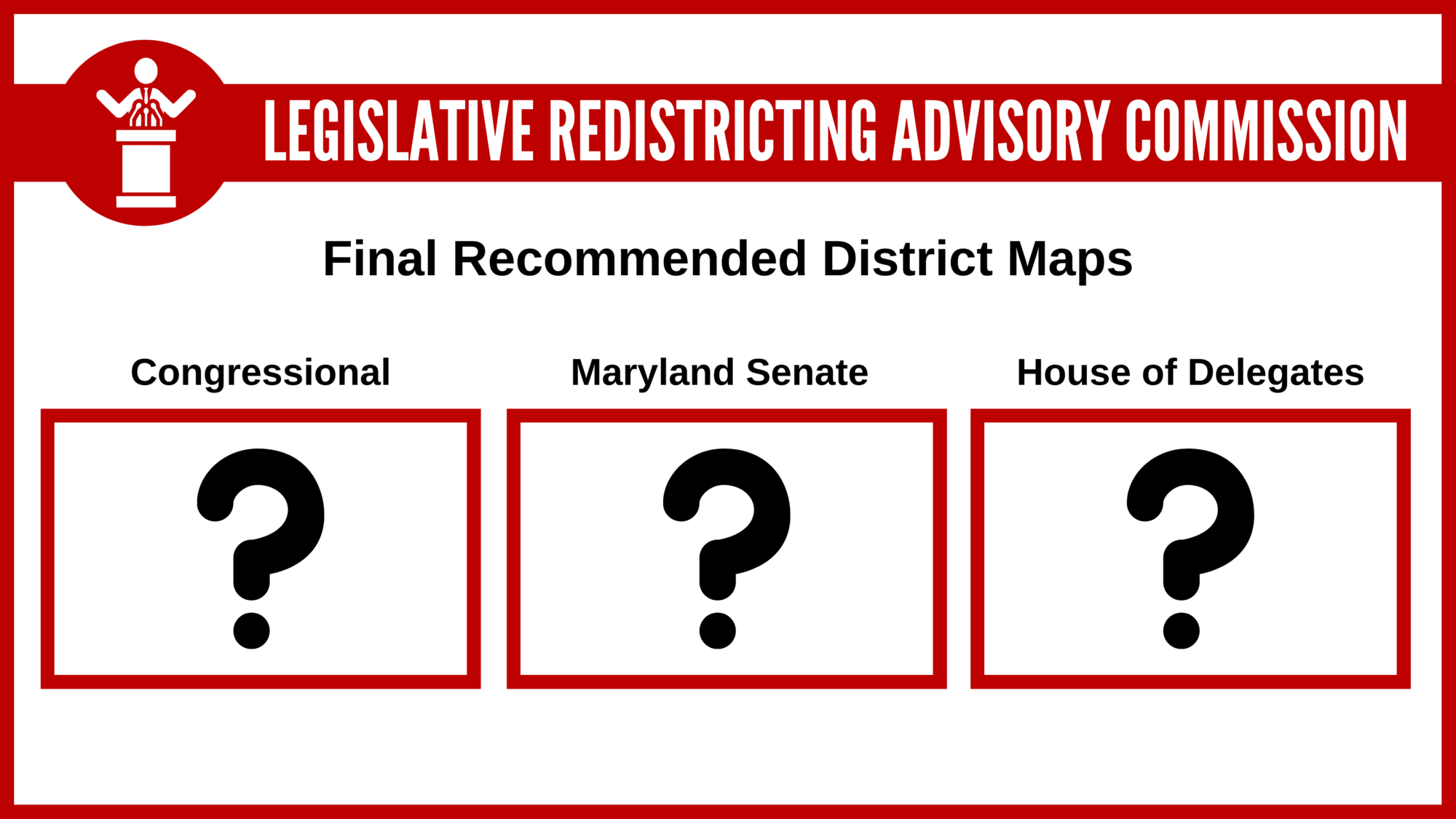 The Maryland General Assembly’s Legislative Redistribution Advisory Committee has yet to release a single draft congressional or legislative map for citizen input.